Assessment of Feasibility of Managed Retreat in Hawai‘i 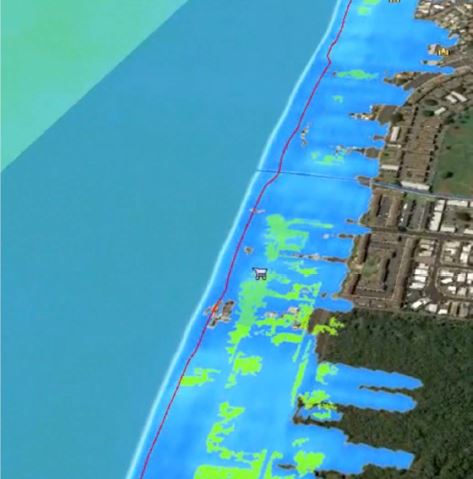 The Office of Planning Coastal Zone Management Program (OP-CZM), under the parameters of the Ocean Resources Management Plan (ORMP), commissioned a project to Assess the Feasibility and Implications of Managed Retreat Strategies for Vulnerable Coastal Areas in Hawai‘i.

Accommodation involves adapting existing structures and systems to allow them to better withstand changing conditions. An example of accommodation is elevating a structure on piles to greater tolerate more extreme wave inundation.

Protection strategies include both hard and soft solutions.  Hard methods of protection safeguard an area or a system in its existing location to withstand impacts from changing conditions. Examples of hard protection include seawalls, rock revetments and other hard structures to hold back the advance of the sea. Beach nourishment is an example of a soft protection solution. Sand is collected from some other source and spread onto the beach to widen it.

Managed retreat has the potential for increasing shoreline access for recreation, cultural practices, subsistence, and coastal safety. The following pictures illustrate an example of managed retreat of a coastal bike path and parking lot due to chronic coastal erosion in Ventura, California.

OP-CZM is mandated by Hawaii Revised Statutes (HRS) Chapter 205A to coordinate the implementation of the ORMP. The 2013 ORMP identified eleven Management Priorities (MP). Managed retreat is pertinent to at least two MPs: MP #1, Appropriate Coastal Development, and MP #2, Management of Coastal Hazards.  The Action Team for Appropriate Coastal Development & Management of Coastal Hazards formed to further address MP #1 and MP #2. The membership of the Action Team consists of federal, state and county partners. The Action Team expanded upon the goals in the 2013 ORMP through the creation of an Implementation Plan (2013-2018). The Implementation Plan’s consideration of options to retreat threatened development from coastal hazards led to the creation of this project. 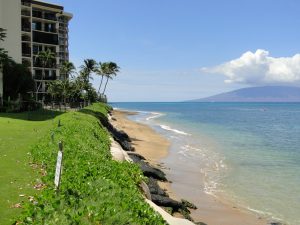 Sandbags along an eroding shoreline on West Maui (photo: Office of Planning)

The project to Assess the Feasibility and Implications of Managed Retreat Strategies for Vulnerable Coastal Areas in Hawai‘i involved four main tasks: 1) Background Research consisting of literature review; 2) development of four Scenario Profiles that are model or representative portraits of areas in Hawai‘i needing retreat due to sea level rise and/or other coastal hazards; 3) a Symposium on managed retreat with keynote speakers and expert panelists; and 4) a Final Report, summarizing the results gathered from each prior task.

Four Scenario Profiles explored how the overarching themes extrapolated from the Background Research would apply if managed retreat is to be conducted in Hawai‘i in certain settings – single-family homes; resorts, hotels and condominiums; urban areas; and critical infrastructure. Information derived from the Scenario Profiles generated the Symposium panels.

Click the links below to view the presentations from the symposium. 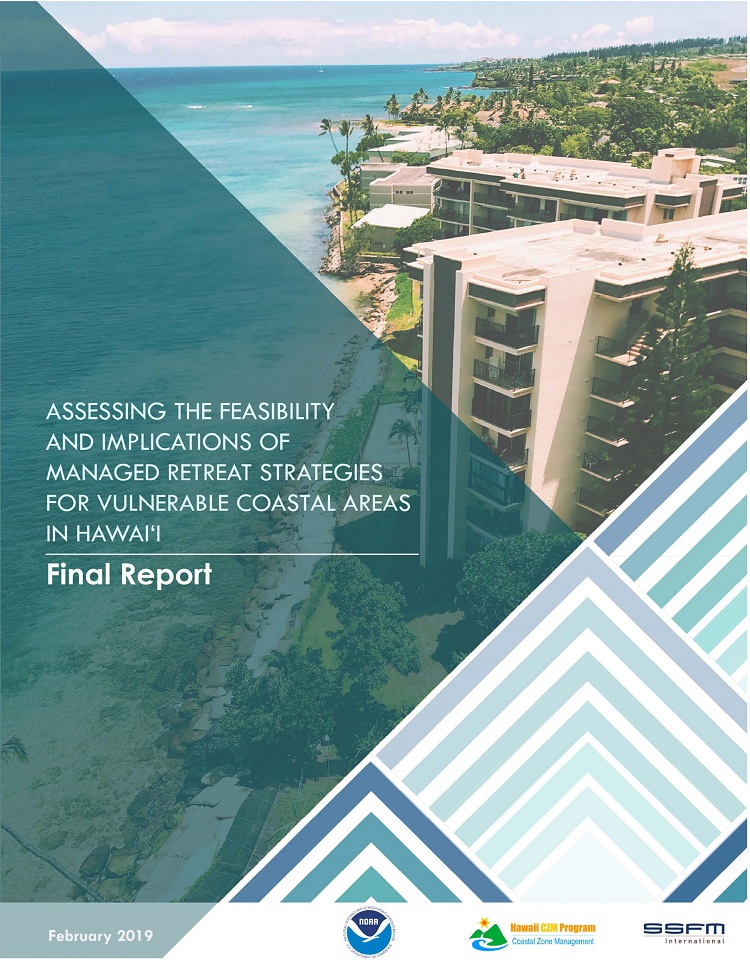 A Final Report synthesized the results of all work and input received from the Background Research, Scenario Profiles and Symposium.  The Final Report recognized that it is currently not possible to develop a step-by-step plan to implement managed retreat for areas in Hawai‘i threatened by sea level rise and/or other coastal hazards, given the various unknowns and competing priorities identified throughout the course of the assessment.  The Final Report makes findings regarding retreat programs and their relative significance to Hawai‘i and a specific multi-prong recommendation regarding the feasibility of retreat in Hawai‘i.

OP-CZM, through the ORMP framework, is committed to further exploring Managed Retreat in Hawai‘i and working with its network agencies at the State and county levels and with interested stakeholders to develop a balanced approach to retreat that addresses the myriad of issues implicated, i.e., land use, legal, financing, social justice, etc.

Additional Information about the Project